University of Manitoba agrees to apologize, pay maximum fine as per Labour Board ruling on Unfair Labour Practice

As you know, in January the Manitoba Labour Board found that the administration committed an Unfair Labour Practice during our 2016 round of bargaining. We recently asked President Barnard to apologize, and pay the maximum amount of damages ordered by the Labour Board as a way to help heal some wounds that the ULP created.

I am very pleased to announce that the Administration has decided to pay the maximum fine and issue an apology to the Association and all of you as directed by the Labour Board.

In secret talks with the University administration, the Pallister government imposed a one year deal with a 0% salary increase. At the direction of government, the administration kept this information from us for weeks, revealing it only a few days before the strike deadline.

Agreeing to pay the maximum fine of $2,000 per member and $2,000 to UMFA is a positive step in helping us move forward in rebuilding our relationship with administration.

In terms of concrete steps, we believe the administration will be paying out the fines as soon as possible. Each member will receive the $2,000 whether they participated in strike action or not. It is to the understanding of both the administration and UMFA that damages are not compensation and thus are not taxable. However, they will be looking into this, if it turns out that the amounts are taxable, the relevant deductions will come from a future pay period as required. We will keep you informed about this information as it becomes available.

We’re pleased to let you know that the Manitoba Labour Board has today upheld its finding that the Administration of the University of Manitoba violated the law during the 2016 round of collective bargaining negotiations. By following a secretive directive from the Pallister government and failing to tell the union until the last minute, the administration was found to have committed an unfair labour practice and ordered to pay up to $2.4 million in damages, as well as offer a formal apology to unionized librarians, instructors, and professors.

This reaffirms what we’ve said all along. UMFA came to the bargaining table in good faith in order to find a way to improve working conditions at the University, and that good faith was disrespected by both the University administration and the government. We’re disappointed that the administration challenged the Labour Board’s directive to apologize for what happened. For that reason alone they should be required to pay the full damages.

As per the Labour Board’s decision, UMFA intends to quickly initiate talks with the Administration regarding the extent of the fines to be paid, which amount to a maximum of $2,000 for each member of the union.

If you have further questions or are looking for more information, please contact the UMFA office: This email address is being protected from spambots. You need JavaScript enabled to view it.; or by phone 204-474-8272.

Letter from the President

I am writing to provide you with an update on our Unfair Labour Practice complaint (ULP). As you all read in our message sent January 31, the Labour Board agreed with UMFA that the administration acted in bad faith when they failed to inform us that they had received instructions from the government to freeze our salaries and only offer a one-year contract. We’re in agreement with much in the decision, but have asked the Board to clarify and possibly reconsider a few of its points.

As you also saw, the administration in their press release after the ULP decision “respectfully disagreed” with the Labour Board Decision and were “considering their options”. We were disappointed with their reaction because, at the very least, it casts doubt on the sincerity of any apology they might deliver as required by the Labour Board. The admin’s reaction also imperils future bargaining as they evidently would do the same thing again in the likely event that the government continues its bullying behind closed doors. A simple apology can go a long way in repairing relationships, and the administration has now denied that possibility.

The admin has asked the Board to review and reverse its decision. It is painful to see our employer react to the Board’s decision in this way. Even if the Labour Board retracts its criticism of the administration’s actions in the current ULP, surely it will be a pyrrhic victory if these protracted battles and protests from the administration of their “innocence” bring employee relations, and our university, back to 2016.

So, where are we now? The relationship between UMFA and the administration was at a low point in Fall 2016, and I believe both sides had been trying to move forward in small steps since then. UMFA members care about this institution and how it fulfills its academic mission. That was foremost in all our minds as we walked the picket lines. It seems like the administration’s current actions are driven by vanity, and take us two steps backwards. Although this is the third time in ten years that this administration has been found guilty of an Unfair Labour Practice, and the second time in the past year alone, the administration is still hoping to portray itself as an “employer of choice” who has done nothing wrong and bears no responsibility for the 2016 Strike. We believe this attempt will be futile: in the second-last decision against the admin, delivered merely months ago, the Labour Board noted the following:

It is hardly surprising that the Faculty Association was exasperated by the University’s continued failure to recognize its exclusive bargaining rights. The University’s actions transgress upon perhaps the most fundamental principle of labour law. It is the Board’s view that such conduct by the University must stop.

Through it all, UMFA is doing what is best for our members. Often that involves cooperation and collaboration with the administration. But if it requires that we fight, we will.

Check back here for more details regarding the Manitoba Labour Board decision.

For the joint press release from UMFA and the Manitoba Federation of Labour, click here. 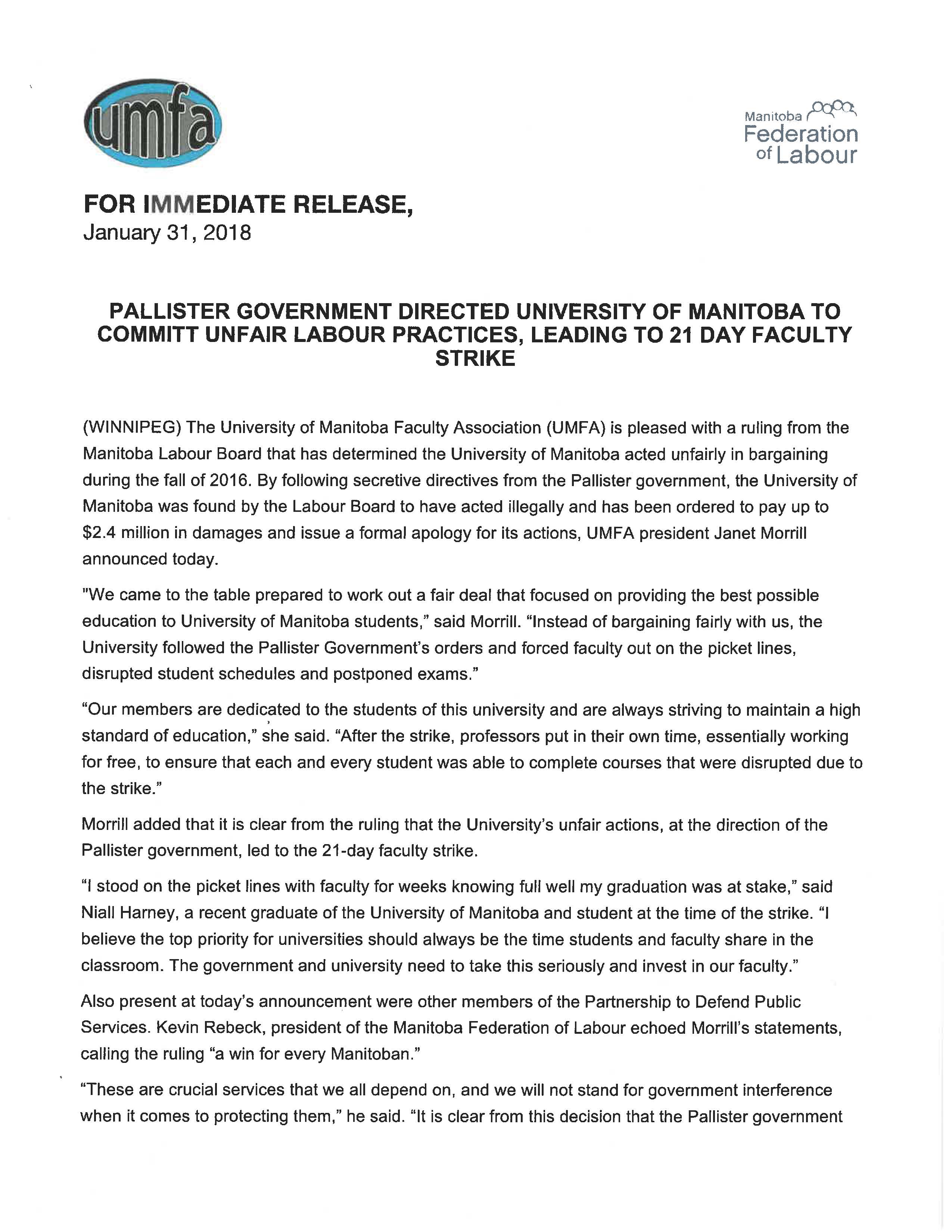 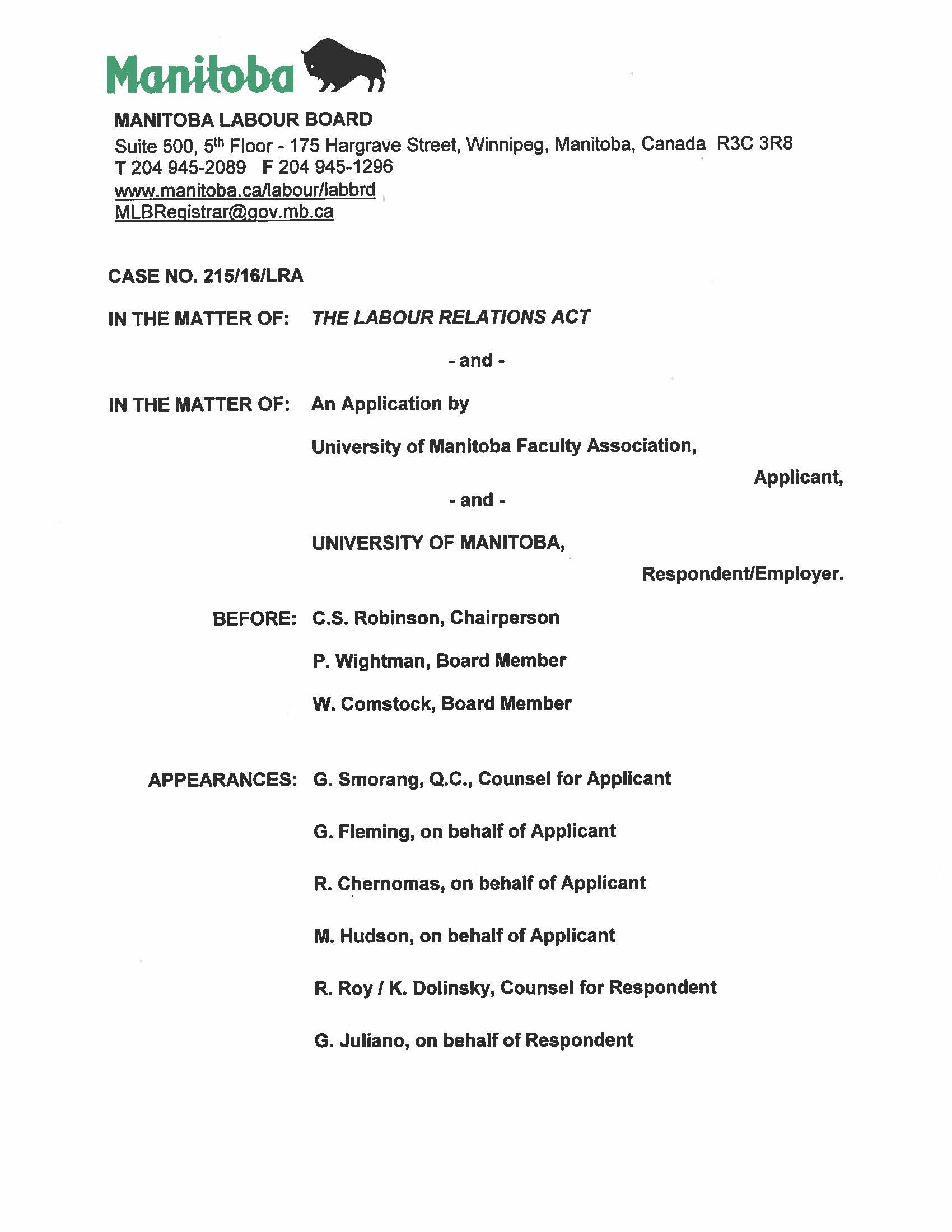 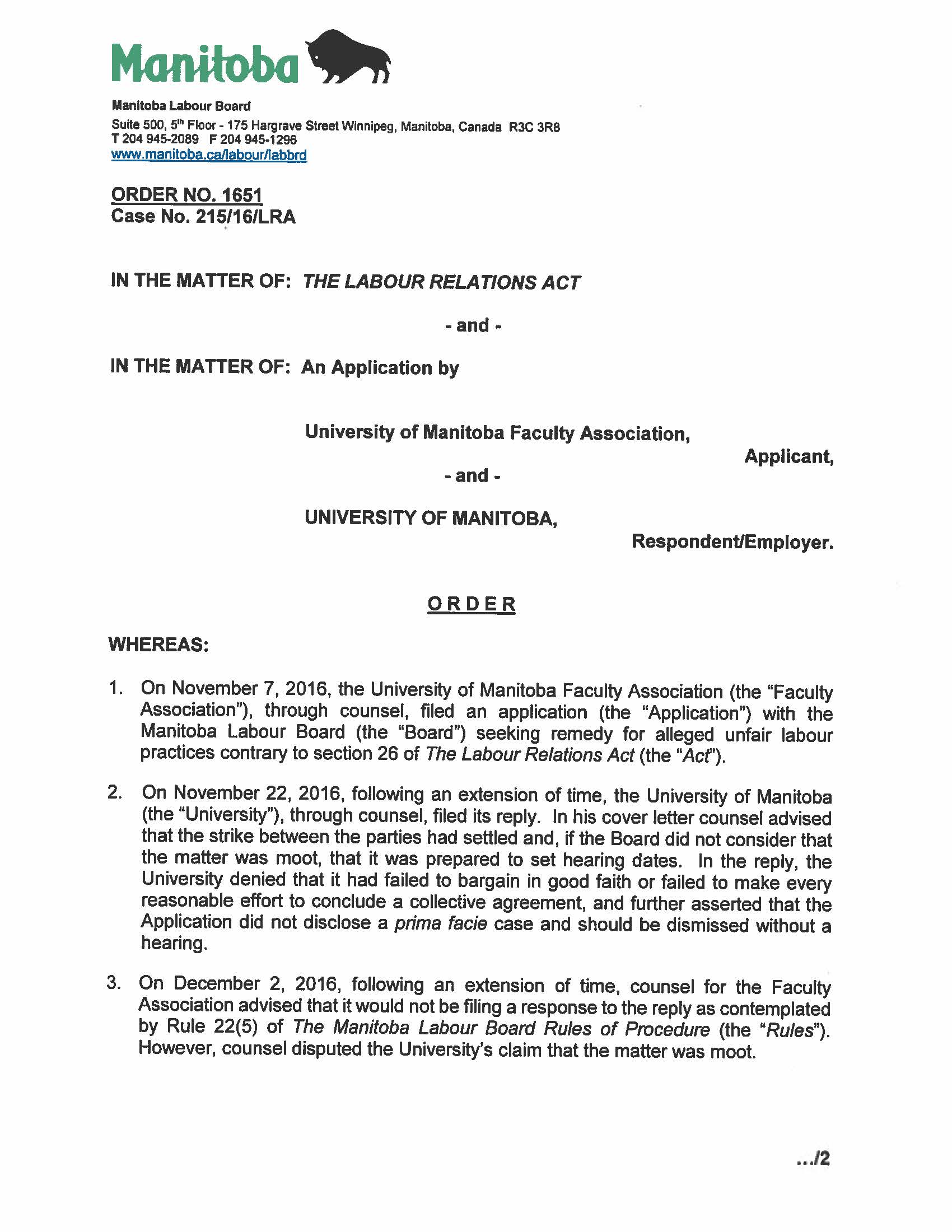 Please note, some articles may not be available to view without a paid subscription to the news source.

U of Manitoba violated bargaining law during faculty strike, labour board rules

Labour board finds U of M guilty of unfair labour practices

Labour Board should enforce fine on the U of M administration

Profs Slam U of M for Labour Appeal

U of M apologizes to faculty association, will pay labour board penalty

The University of Manitoba apologizes to UMFA members; will pay maximum remedy 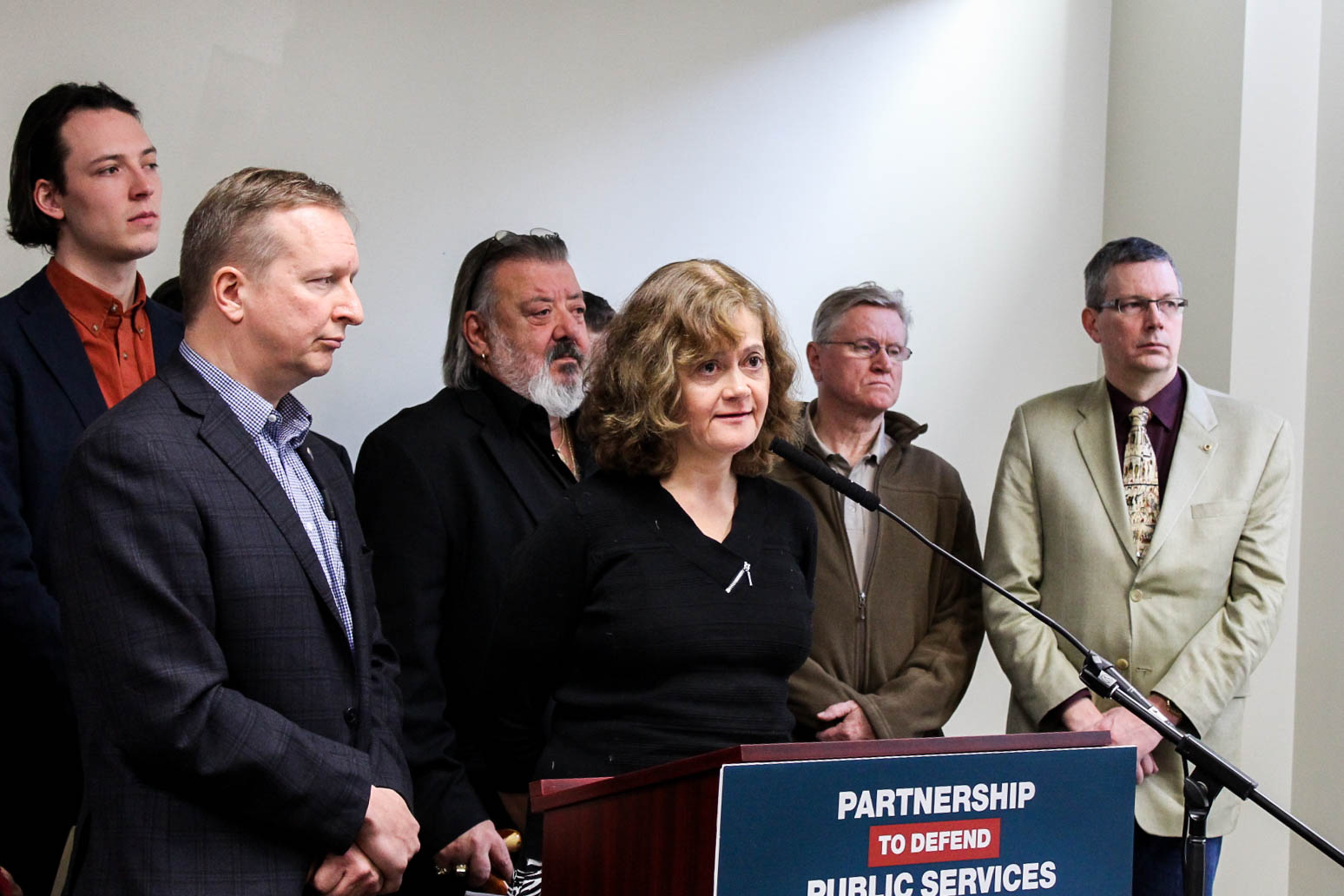